Regarding the decision of the City People’s Committee. Hanoi about changing the name of the project owner of My Hung – Cienco 5 urban area, Mr. Tran Minh Son, arbitrator of the Pacific International Arbitration Center, said that the way of the City People’s Committee. Hanoi is not standard and needs to be reconsidered, and the city must have a dialogue with affected businesses and need to clearly discuss the legal bases for making adjustment decisions.

As VietnamFinance has informed, on November 25, 2020, the City People’s Committee. Hanoi issued Decision No. 5269/QD-UBND on adjustment of Decision No. 3128 dated July 30, 2008 of Ha Tay Provincial People’s Committee (old) on the recovery and assignment of more than 182 hectares to Cienco 5 Land Joint Stock Company. land to implement the My Hung – Cienco 5 urban area project.

Decision 5269 of the City People’s Committee. Hanoi has adjusted the most important content of Decision No. 3128 is the subject of land allocation. Accordingly, the City People’s Committee. Hanoi adjusted the name of the land user in Decision No. 3128 from Cienco 5 Real Estate Development Joint Stock Company to Traffic Construction Corporation 5 – JSC.

With the modification of the above decision, the land user, Cienco 5 Real Estate Development Joint Stock Company, suddenly “lost” more than 182ha of land assigned 12 years ago.

According to research, in 2008, the People’s Committee of Ha Tay Province (now the People’s Committee of Hanoi City) signed a construction transfer contract (BT) to implement the 41.5km-long southern trunk road project in Ha Tay province with the Corporation. construction of traffic works 5 and Cienco 5 Real Estate Development Joint Stock Company (referred to as Party B).

In which, Traffic Construction Corporation 5 is an investor and Cienco 5 Real Estate Development Joint Stock Company is a project enterprise. In order to repay the capital for road construction, the People’s Committee of Ha Tay province has assigned Party B three land plots for real estate projects including Thanh Ha A, B urban area projects and My Hung new urban area. In which, My Hung new urban area project has an area of ​​​​over 182 hectares.

Before the topic of special public interest, Mr. Tran Minh Son, Arbitrator of the Pacific International Arbitration Center, Head of the Department of Labor Law, Social Security and General Affairs, Civil Law Department – Economic, the Ministry of Justice had an exchange with the press to better understand the case. 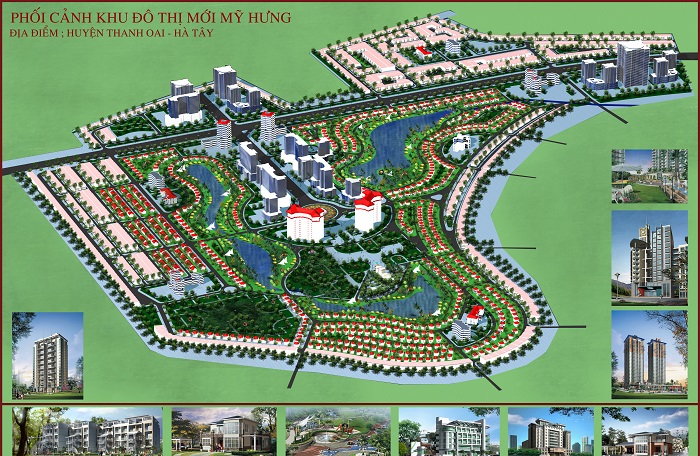 In fact, the concept that investors and investors are not mistaken people, but even law makers or lawyers, even legal experts sometimes confuse. The concept of a minimal investor is simply an agency, organization or enterprise that participates in one or more investments with different forms.

According to the Law on Investment, Clause 18, Article 3 defines it very clearly: “Investor is an organization or individual that makes business investment, including domestic and foreign investors. and foreign-invested economic organizations”.

If in some specialized legal documents, for example, the concept of an investor under the Securities Law, the definition: “Investor is a person who invests in the stock market”.

If we compare according to the legal documents for such projects, we must compare with the Construction Law issued in 2014 and amended and supplemented in 2020 that is about to take effect, the concept of investor Investor is defined as follows: “Investor is an agency, organization or individual that owns capital, borrows capital or is assigned to directly manage and use capital to carry out construction investment activities. Investors are decided by investment deciders before project formulation or project approval.

Thus, depending on the source of capital used for the project, the investor is specifically identified:

Firstly, for projects using state budget capital and non-budget state capital, the investor is the agency or organization assigned to manage and use the capital for construction investment by the investment decider.

Second, for projects using loan capital, the investor is an agency, organization or individual that borrows capital for construction investment.

Third, for projects implemented in the form of project contracts or public-private partnership contracts, the investor is the project enterprise established by the investor’s agreement to establish in accordance with law.

Fourth, projects that are not specified at Points a, b and c, Clause 1, Article 7 of the 2014 Law on Construction are invested by organizations or individuals that own capital.

In terms of nature, legally, why are there BT contracts? That’s because if the BT contract is handed over to an individual who is not a project enterprise, it cannot be done, because an individual can invest in many projects, sign a series of investment contracts, become successful in completing the project. set up a lot of businesses… not in accordance with the nature of the legal decision at that time.

Therefore, the establishment of a legal entity, that legal person will be responsible. As for the fact that such legal entity mobilizes capital from that individual or other organizations, even if it is not an individual, that juridical person is the unit that receives the land allocation in accordance with the law, is responsible before the law and project implementation in the future.

In my personal opinion, in this case, the land must be allocated to a legal entity.

– In 2017, the project enterprise and the investor agreed to let the investor directly implement the BT project and the project to pay back the capital, the Department of Justice has an opinion that this agreement changes the content of the BT contract. should sign an addendum to the BT contract for this agreement to be valid. How do you comment on the opinion of the Department of Justice of the city? Hanoi?

In my opinion, the opinion of the Department of Justice of the city. Hanoi has a legal basis.

Firstly, from the concept and nature of the BT contract, which is a construction transfer contract, it is signed between a state management agency and an investor to construct an infrastructure project for the state’s land. After construction is completed, it will be handed over to the state.

In 2008, the representatives are Transport Construction Corporation 5 and Cienco 5 Real Estate Development Joint Stock Company (referred to as Party B) signed a contract with the state management agency. The two enterprises in this project both have rights and obligations specified in the BT contract signed previously. Not only the BT contract between Party B signed with the state management agency, but also between the two businesses there are binding commitments on rights and obligations when participating in this project.

Of course, when there are changes, it will be necessary to sign a new annex to ensure the rights and interests of the two parties. This is not only an interest between two businesses, but then also shareholders and investors investing in those businesses.

Therefore, when there are changes, an addendum is required.

When changing the nature of the contract, there must be an addendum for renegotiation. That annex must have the same value as the contract signed by the parties.

– When the appendix of the BT Contract has not been signed on the transfer of the right to execute the project from the project enterprise to the investor, but the People’s Committee of Ho Chi Minh City Hanoi has “corrected” the land allocation decision. Is this work grounded, legal or not, sir?

To confirm the decision of the City People’s Committee. Hanoi in 2020 corrects the previous decision right or wrong, must be based on the records.

Through review, I found the file has many problems. Firstly, the relevant subject in the dossier is Cienco 5 Real Estate Development Joint Stock Company – the object directly affected by the decision.

In principle, when the state management agency has administrative decisions that directly or indirectly affect those subjects, specifically in this case Cienco 5 real estate, the City People’s Committee. Hanoi has to work, negotiate in advance and ask Cienco 5 real estate to provide documents to prove it, and at the same time, ask the 5 Traffic Construction Corporation to provide documents. After discussing with businesses, the City People’s Committee. Hanoi should make a decision.

I think right or wrong here has not been discussed but the City People’s Committee. Hanoi must rethink its approach.

In terms of content, it may be right and it may be wrong due to perception, because the provision of documents is not enough, but if the way is wrong, the decision should be reconsidered.

Therefore, in this case, it is not possible to confirm whether Hanoi’s decision is right or wrong, but I do assert that the method is not standard and needs to be reconsidered. And when the decision has been made, the City People’s Committee. Hanoi must have a dialogue with affected businesses and need to clearly discuss the legal bases for making adjustment decisions.

The court will be the unit with the final decision of the first instance, appellate court, affirming the decision of the City People’s Committee. Hanoi is right or wrong.

– The modification of this administrative decision may cause damage to Muong Thanh Group – the parent company of Cienco 5 Real Estate Development Joint Stock Company, according to the Law on State Compensation Liability, the affected party may claim or not, sir?

In case there is a basis for false assertion, the agency or organization that causes damage to the enterprise must pay compensation according to Article 2 of the Law on State Compensation Liability, which stipulates: “Individuals, organizations suffer material damage, mental damage caused by official duty performers falls within the scope of the state’s compensation liability specified in this Law.

However, the most important thing is to have a solution for the parties, because without a solution, both parties will lose, at most Cienco 5 real estate. State agencies also have certain responsibilities according to the provisions of the law. When the law makes a decision, investors and public opinion react very strongly.

Accordingly, the City People’s Committee. Hanoi needs to exchange and dialogue with investors, shareholders, and relevant people to clarify the issue of right and wrong in order to judge right and wrong decisions.

The first solution is to handle the dispute between the two parties (between the Traffic Engineering Corporation 5 and the real estate Cienco 5). It is known that the two sides sat down to discuss and negotiate but failed to reach any result. Thus, both parties have the right to sue in court.

The second is to consider the relationship between the state management agency and party B of the BT contract. If not, the business has the right to sue.